Posted by Ross Wood Studlar at 10:01 PM No comments:

I returned to my seasonal park ranger position at Crater Lake National Park in mid-June.

Just yesterday, a fellow ranger and some visitors on a trolley tour made a discovery.... a beaver at Vidae Falls. (Vidae is a little waterfall on the southeast part of the rim drive, not far from park headquarters.) I visited the waterfall with another trolley tour later that same day, encountered the rodent and got a photo (without the flash so as not to disturb.) 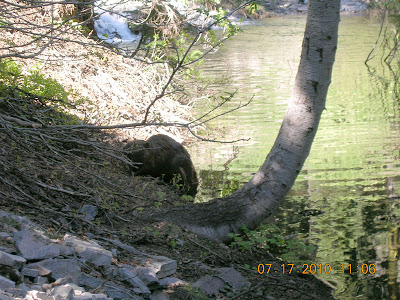 NPS photo, public domain
It is the first time that I have seen a beaver in this park, also a first for some other employees who have been here much longer than I.

It makes me recall a Native American Legend from the Pacific Northwest, wherein the trickster Coyote battles Aprooish, a giant beaver. 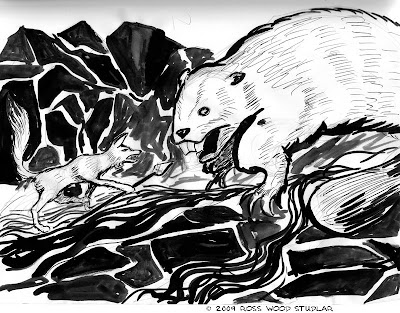 Wikipedia tells me that in the Pleistocene, giant beavers lived all over North America. They went extinct around 12,000 years ago. Humans have inhabited the northwest longer than that, so the two species must have crossed paths.

Therefore, a mortal giant beaver might have been the inspiration for the mythic Aprooish!

Posted by Ross Wood Studlar at 6:03 PM No comments: