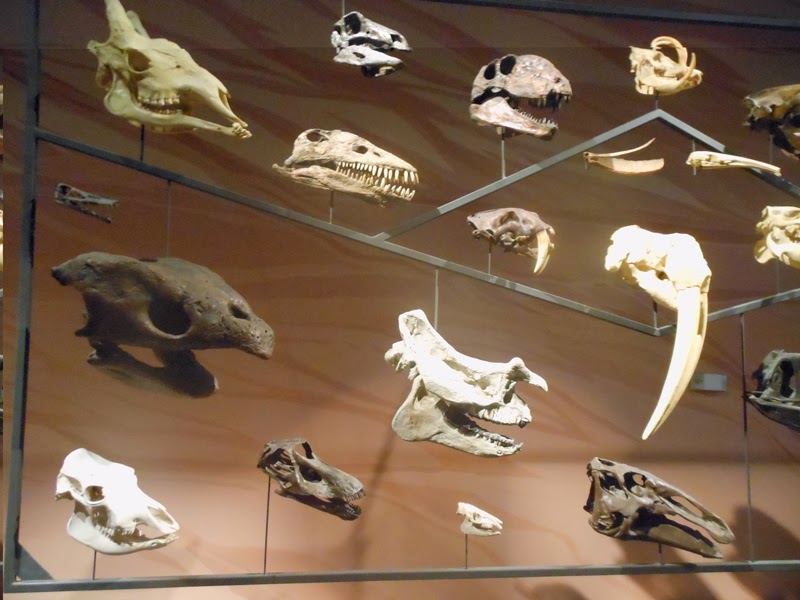 I must give my props to The Museum of Ancient Life, at Thanksgiving Point, Utah. Its exhibits told chronologically the story of life on Earth, beginning with the unicellular, moving through the Precambrian seas, and on to that part of the ancient past which has long captured the imaginations of youngsters (and imaginative oldsters)--the Mesozoic Era, the age of dinosaurs (and gymnosperms!) The skeletons or replicas on display were set such that I felt like I walked through a jungle populated by the giant reptiles—sauropods thundered past, and raptors lurked among the cycads, poised to leap from the shadows or strike from above. Although they would rather eat me, I also thought of the dinosaurs as old friends from my youth, having populated my picture books and stop-motion movies, my imagination, and the typing paper which I filled with drawings by number two pencil, and colored pencil, and crayon. There was the ravenous Tyrannosaurus Rex, the horned Ceratosaurus, the giant turtle Archelon, the giant amphibians, the mountain-sized Supersaurus, and Pachycephalosaurus (interpreted in the display as using its hard round skull as a battering ram). The awe and fear and admiration I had felt as a child for these extinct beasts returned vividly; I survived my encounter with the Utah Raptor and departed full of blood and electricity. Many great fossils have been found in Utah, including those of Dinosaur National Monument (which straddles the border between Utah and Colorado.) At least for the moment, I was glad to be in this odd and beautiful state. 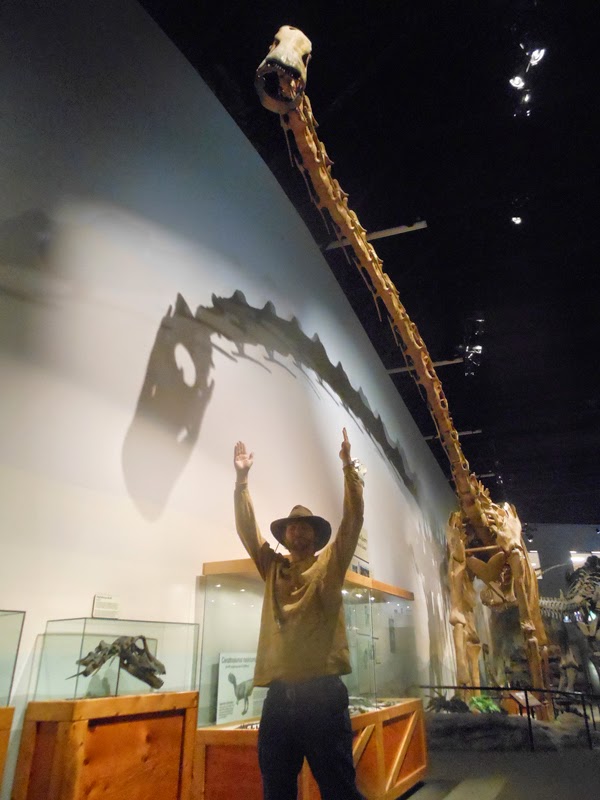 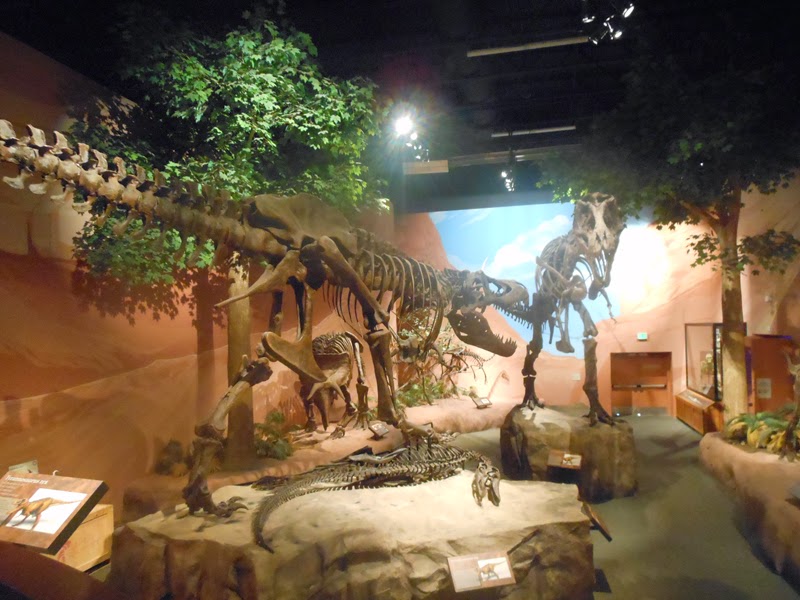 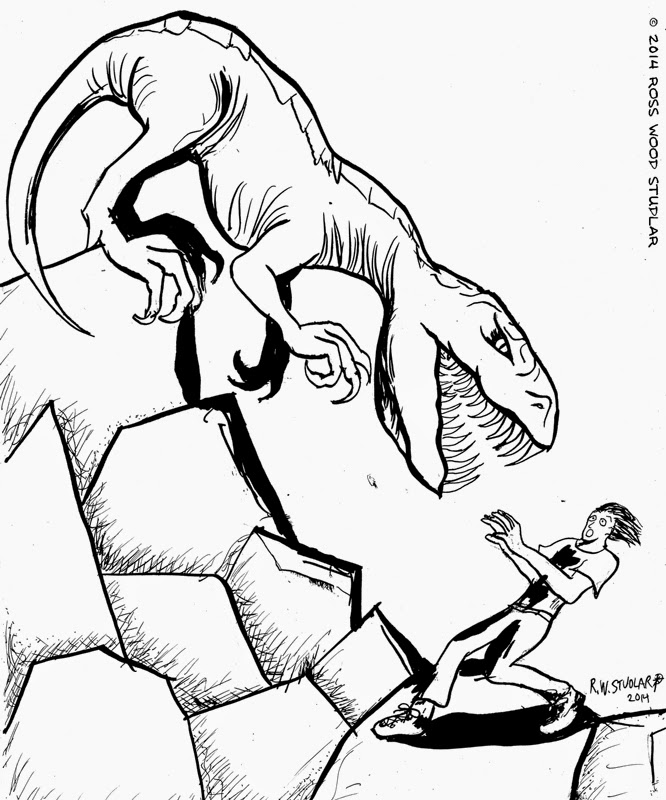 Photo stars from top down: Many skulls with Archelon at far left middle, giant amphibians, Supersaurus, T-Rex, some kind of theropod. Thanks go out to the couple of unknown bystanders who photographed me with the Dinos!
Posted by Ross Wood Studlar at 3:17 PM No comments: